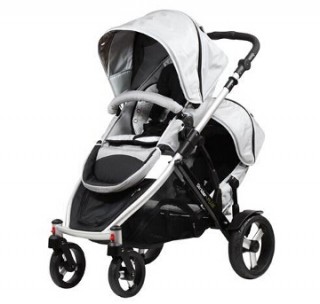 Steelcraft was established by family man Colin Johnson in St Kilda, Victoria. When his wife fell pregnant in 1947, Colin fashioned her stroller in his backyard garage. When neighbours and friends witnessed his handy work, Colin was inundated with requests for customised strollers. By the end of the year, he was selling strollers through the local markets.  Hundreds of Australia’s post-way boom babies rode in Steelcraft strollers.  It wasn't long before Johnson had his own factory manufacturing not only strollers, but high chairs, cots, change tables and bassinettes.  From these humble beginnings, the Steelcraft brand has gone from strength to strength, known by families all over Australia and New Zealand for security, safety and peace of mind for over 60 years. Steelcraft travel systems, strollers, portable cots, highchairs, and other accessories are highly sought after products, making Steelcraft market leader in Australia.